Ben 10 is a terrific sensation for kids nowadays. They usually love this crazy cartoon series and its ability to get turned into different types of aliens with the mystical watch in his hand. Even if you are a grown-up, I think you still like this amazing cartoon character. Moreover, many people love Ben 10 so much that they share their ideas about how to make costumes for cosplay or DIY Omnitrix Ideas online. I made a humble effort to gather all those Ideas of Omnitrix here for you. Follow them and have fun around.

A Ben 10 Omnitrix is a watch you get to wear on your wrist, just like the one in the cartoon. An Omnitrix can record and house intelligent subroutines. It also has an energy core, time circuits, a DNA mapping system, and even an alternate reality function. Any kid would be thrilled to have one of these DIY Omnitrix ideas as a gift! It has a command center built into it from where you can easily access different aliens and transform yourself into them. So, without wasting time, put your hands on these amazing DIY Omnitrix ideas and have fun. To make one at home, you will need a cheap watch with an expandable strap. You may also need a few electronic parts for better modifications of your Omnitrix watch. 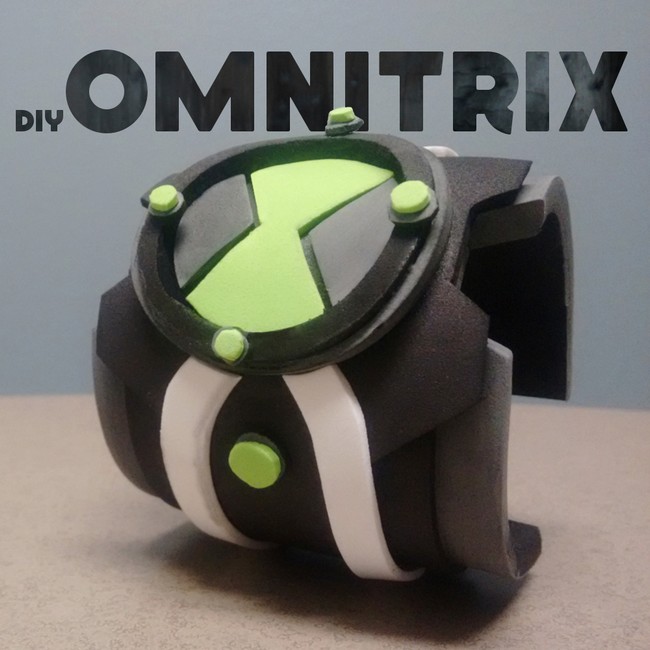 Get creative with this DIY Omnitrix and create new costumes for your favorite Ben 10 alien character. It's fun, it's easy, and it's perfect for kids! Create your version of the "Ben 10" Omnitrix with this fun project. This unique DIY idea will guide you through everything you need to build a fully functioning watch. Start by gathering your supplies and putting them together using the easy-to-follow instructions and reference pictures. When you finish, wear it on your wrist and become any of the 10 aliens featured in the series! 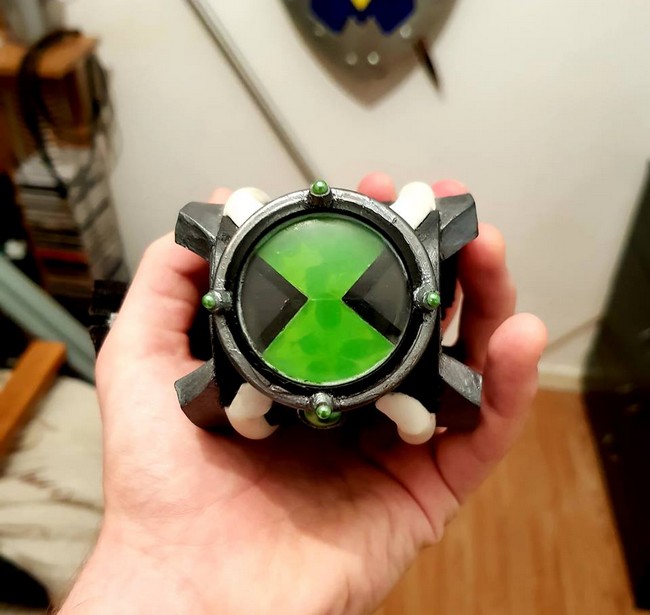 This DIY project will surely put a smile on any Ben 10 fan's face. This is an incredibly detailed replica of the Omnitrix wristwatch used by Ben Tennyson in his transformations in the original series, made almost entirely out of craft materials and found parts. The watch is fully functional and tested to work with the old watch battery. Enjoy! It is made from plastic and rubber parts and should be wearable once completed, and you can wear it for at least an hour before it starts to hurt your wrist.

How To Make Ben 10 Omnitrix With Paper

The iconic Ben 10 Omnitrix is now yours to wear as a DIY bracelet! This cool accessory comes with all the materials you need to make your own Omnitrix or choose one of our ready-made bracelets, complete with snap-together pieces and screws. It also includes two watch faces, so you can choose which alien Ben will be when he dials up his future crime-fighting partner. The watch is also fully functional and will tell you the time while it looks good.

Are you a Ben 10 fan? Are you looking for a DIY Omnitrix? Well, your search is over! This papercraft will help you make your paper version of the Omnitrix. All you need is a printer, some colored paper, and glue! That’s it! Time to get started making our DIY Omnitrix by watching this video. This DIY is extremely easy and fast. So, save time and money and have fun creating this super simple device with your friends!

The Omniverse Omnitrix is a device used to access the vast genetic potential of the universe. The Omniverse Omnitrix is the same as the classic Omnitrix with a few added features, including DNA Combinations and Flight. The first feature allows you to combine the individual aliens from the Omnitrix into one super alien. This feature wasn't available on the classic and alien combination Omnitrix. The second feature is flight, shown at the end of the episode "Ben 10,000 Returns", but Ben didn't get to use it in the actual episode.

How to make Ben 10 Omniverse Omnitrix

The Omniverse Omnitrix is the same as the classic Omnitrix with a few added features, including DNA Combinations and Flight. The first feature allows you to combine the individual aliens from the Omnitrix into one super alien. This feature wasn't available on the classic and alien combination Omnitrix. It also has two exclusive features: "Combiner Mode," where all alien forms combine to form a superhero. The other feature is "Ultimate Alien Mode," which makes your alien form stronger than the others.

How To Make Ben 10 Omnitrix

This how-to make Ben 10 Omnitrix is easy and fun to make and looks like the original Omnitrix from the show. You can assemble this by yourself; it is cool to play with. You can make all aliens from the original ben 10 Omnitrix, but no need for a watch or bucket to use them, and you can make it at home with easily available material. It contains LED lights, a buzzer sound and also big buttons. This can be used as a keychain and is one of the best gift ideas for kids who like Ben 10. It's very easy to make; you just need to solder the parts and use a single printed circuit board.

This easy step-by-step video tutorial teaches how to make Ben 10's Omnitrix. It is easy to make, and you will hardly spend 30 minutes making it. It is a perfect gift for your friends and kids. This tutorial video teaches you everything you need to know about crafting your Omnitrix. All you need are some basic materials such as cardboard, glue, scissors, and a sharp knife for cutting. Watch this video to see how simple it is to make one of your favorite toys right now!

Tired of your new and old Ben 10 watch being broken? Worry not because this is the perfect replacement watch for you. This set of three functioning buttons can be used to turn the alien visitor and watch frames on. In addition, they are made up of good quality plastic material and come with batteries already in place, so you can start using them immediately. This is an amazing watch! It is a piece of art you can use for cosplay, display, or collecting purposes. This is the best quality I have ever seen in all three sets.

Tired of your new and old Ben 10 watch being broken? Worry not because this is the perfect replacement watch for you. It is a piece of art, and you can use it for cosplay, display, or collecting purposes. This is the best quality I have ever seen in all three sets. This set of three functioning buttons can be used to turn the alien visitor and watch frames on. In addition, they are made up of good quality plastic material and come with batteries already in place, so you can start using them immediately.

Ben 10 is an alien-looking superhero. The Omnitrix symbol on his wrist can scan for DNA and then turn him into 10 different aliens. You can make a smaller version of the Omnitrix from scratch with just a few things like cardboard, cable ties, and paint. If creating this project looks difficult, some videos show you how to make your Omnitrix by following these steps. This unique timepiece transforms you into an almighty hero and unlocks incredible powers that resemble those of the superheroes in the extraordinary Ben 10 universe.

How To Make Ben 10 Classic Omnitrix

The Ben 10 classic Omnitrix was a device that Ben Tennyson used to fight against the enemies of the world. It is a special alien watch that can be worn on the wrist and transform its wearer into 10 different aliens who can use their unique abilities to defeat any enemy. It has all the aliens you will see in the show, and they all work to give an interactive touch to your new Ben 10 watch. See how it works below and learn how to make it yourself.